We had such a good trip to Southeastern China last New Year's holiday that we decided to return this year to visit Quanzhou and Xiamen in Fujian Province. Here’s the story.

Taxi from home to Hongqiao Airport (28 RMB). The 12:45 flight to Quanzhou took off on time. I had the window seat and the passing landscape below had me engrossed the whole journey: the mountain ranges of Zhejiang, the construction of the new high-speed railway from Fuzhou to Xiamen, and the coastline and cityscape of Quanzhou.

I was surprised when the flight attendant produced 2 vegetarian lunch boxes upon our request even though we had not ordered special veggie meals in advance. 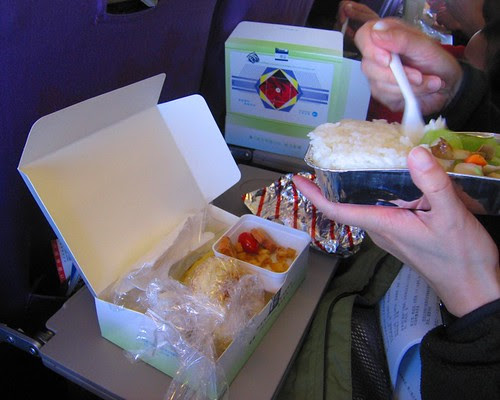 Here’s a shot where you can see tunnel construction for the new Fuzhou-Xiamen High-Speed railroad. 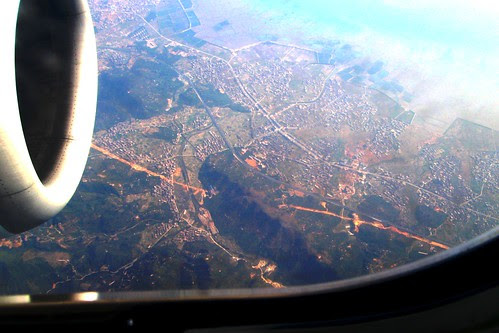 As we neared the Quanzhou airport, I could see both the coastal islands and the coastline. The local granite is known world wide and appears to be quarried with no thought to the consequence; aesthetic or environmental. 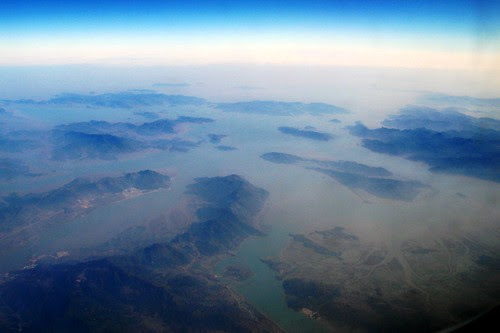 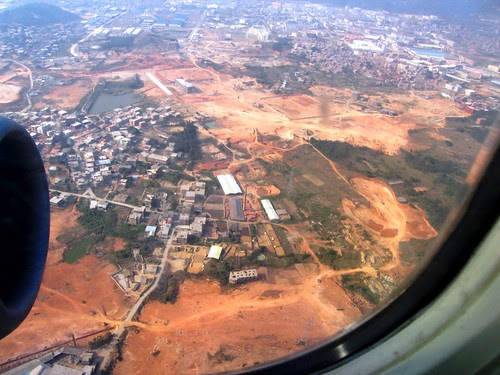 Landed at the Quanzhou airport at 2:11 PM. Ignored the transport touts, walked out to a main road, and snagged a taxi (32.5 RMB) for the 20 minute ride to the recently renovated Quanzhou Overseas Chinese Hotel. For 300 RMB per night we got a double room with new carpet and new bed quilts, breakfast included, modern stylings, and a view of the nearby Confucius Temple.

We threw our bags down and headed out the door at 3:05. First stop: the Qingjing Mosque of Quanzhou (3 RMB). Cool - and just a 5 minute walk from the hotel. The first Muslims – missionaries sent by Mohammed himself - came to Quanzhou in about 618 AD.

This mosque is in the Persian style, built about 1000 AD and modeled after a mosque in Damascus. It’s the first Mosque we’ve seen in China that was not Chinese architecture. 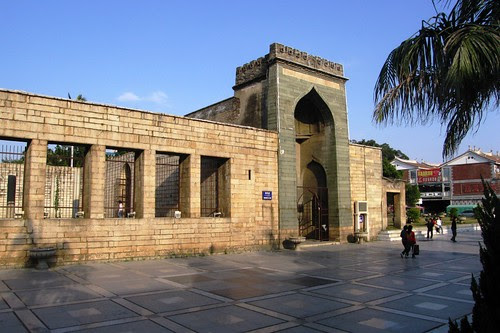 After 20 pleasanst minutes in the Mosque, we walked through the back streets towards the Kaiyun Temple (10 RMB). Lots of back-alley activity. 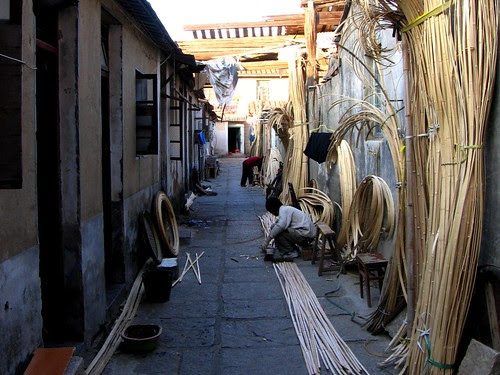 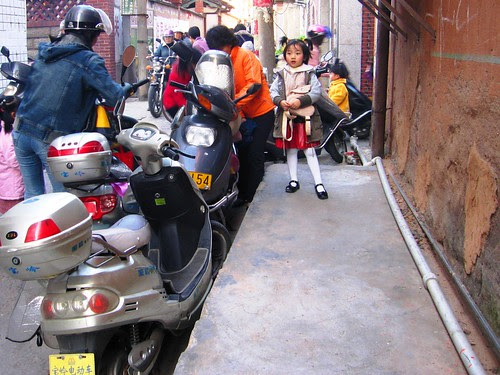 One of the pagodas. 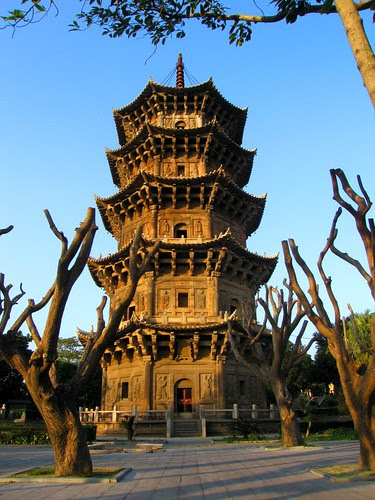 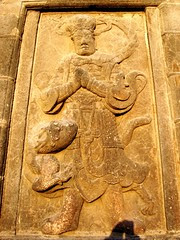 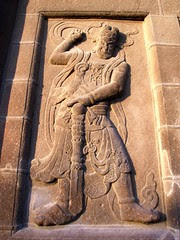 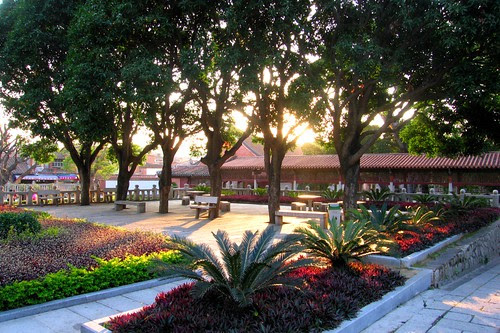 Main Temple of 100 Pillars – no photos allowed inside. 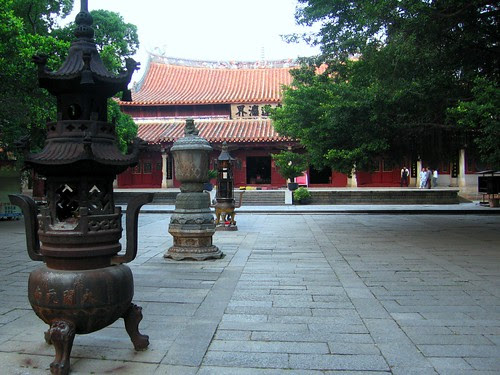 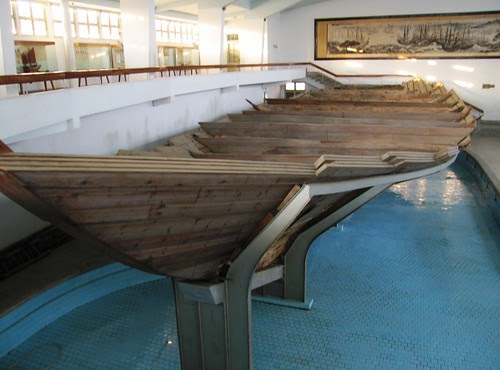 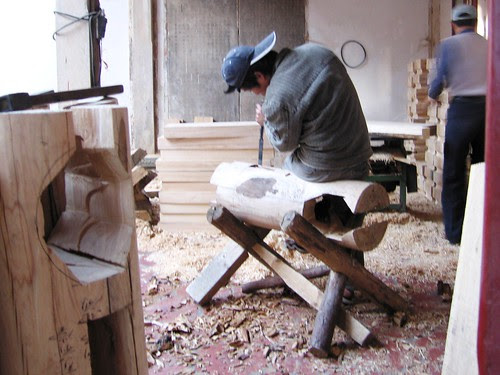 After leaving the temple, we rode a bicycle rickshaw (6 RMB) to the Beimen (North Gate) in search of a vegetarian restaurant that turned out to be closed. In Quanzhou the bicycle rickshaws are the side-car design; that is, instead of the usual symmetric tricycle design – one wheel in front and two in the back - it’s a regular bicycle with a two-seat side car.

Here’s a photo and some video of the ride. 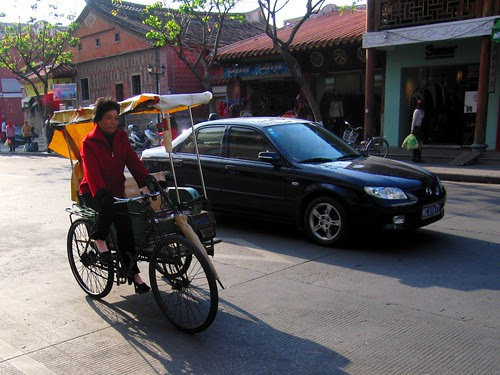 So we rode Bus #3 (1 RMB) back to the hotel area. The one vegetarian restaurant near the mosque did not look appealing so we hit one of the side streets for some on-the-spot, deep-fry, Yunnan-style veggies and a cold beer (all for 26 RMB). 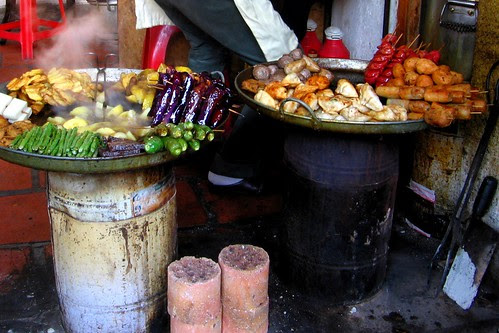