A weekend trip to Zacatecas, Mexico

The ex-mining town of Zacatecas, a UNESCO city, is only 120km from Aguascaliente and the hometown of Danny's resident house sitter Hector.  We just had to check it off the list.

On a Saturday morning Hector had off work, the four of us squeezed into a Volkswagen Polo rideshare(blablacar) headed to Zacatecas.  At 8000ft, Zacatecas is one of the highest cities in Mexico, a capital of silver mining, and was responsible for 20% of the world's silver production in the early 18th century.  All that silver gave Zacatecas a collection of very impressive buildings in the city center, and three world class museums.

Saturday evening it seemed like the whole town was strolling in the streets, very much a festive air.  To think I even had a shred of hesitation when we were trip-planning because of state department warnings, I can be so gullible sometimes. 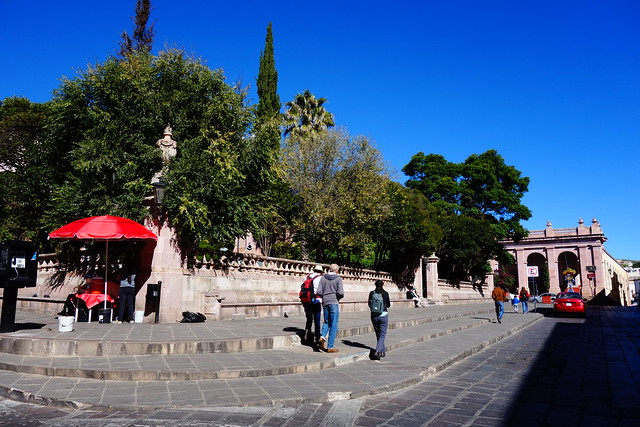 The Colonial Era Templo Santo Domingo, respendent with side altars reaching to the ceiling. 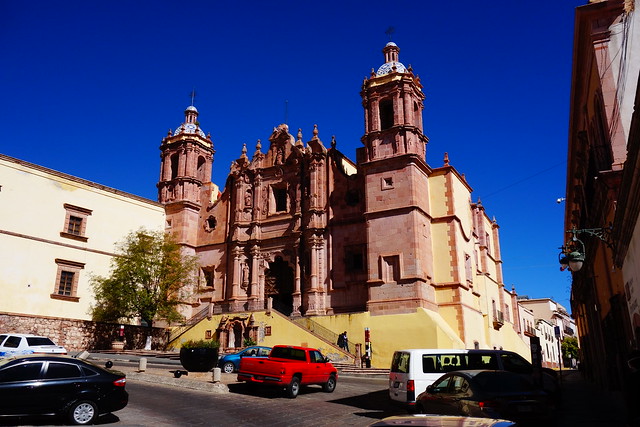 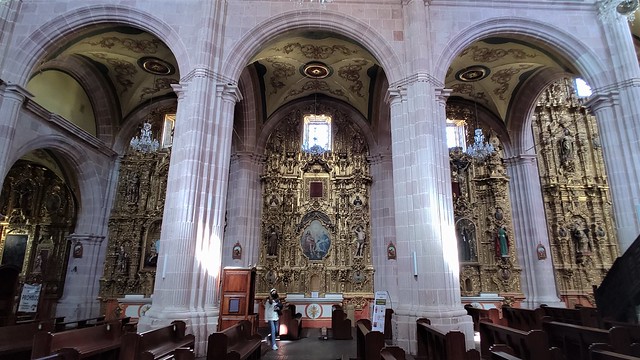 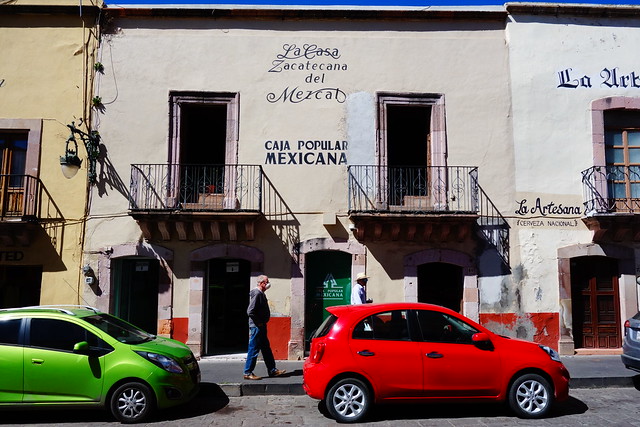 Zacatecas is a top tourist destination. The TI is well stocked with various self-guided walking tours, which we found very useful, and openair tour buses abound. 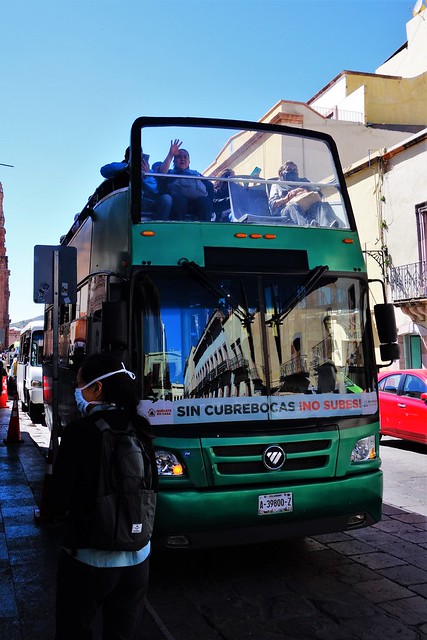 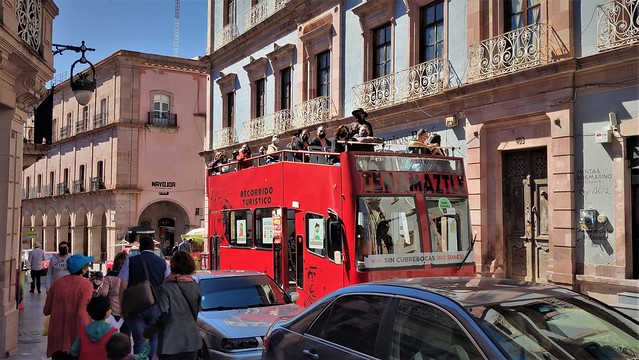 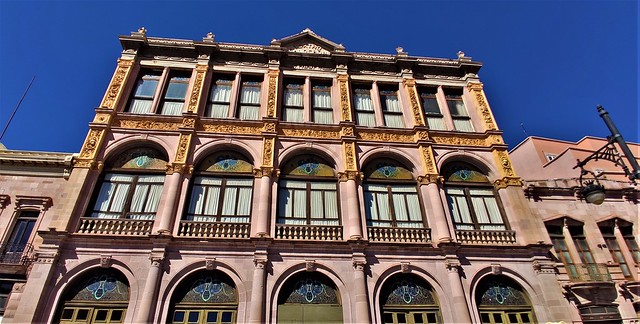 The Museo Rafael Coronel has a world class collection of Mexican masks, 4000 of them, and marionettes. 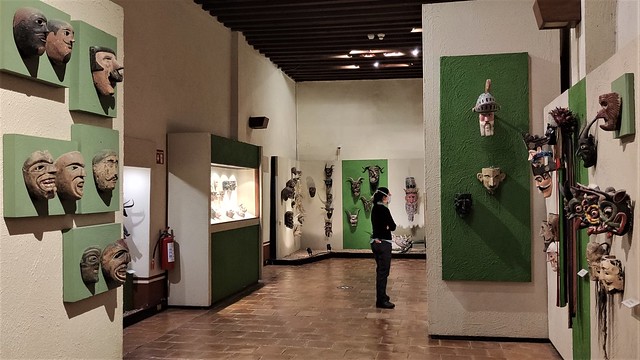 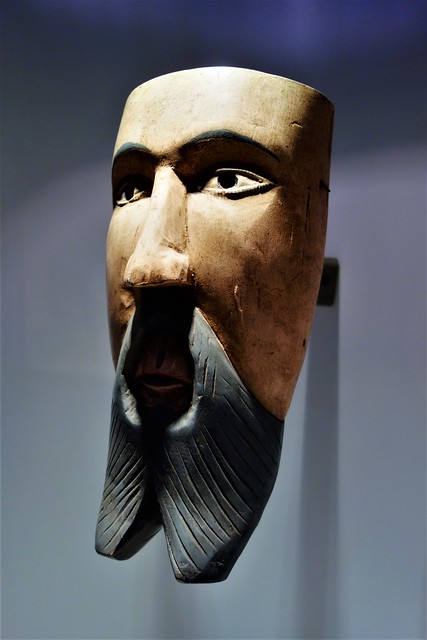 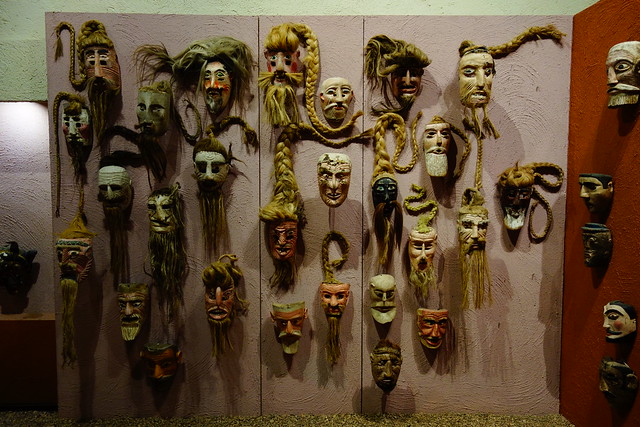 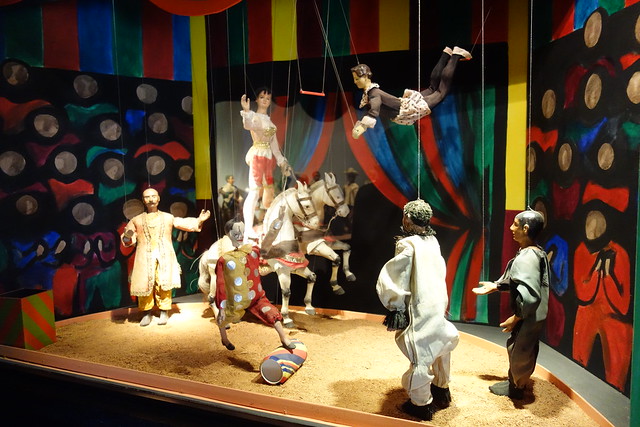 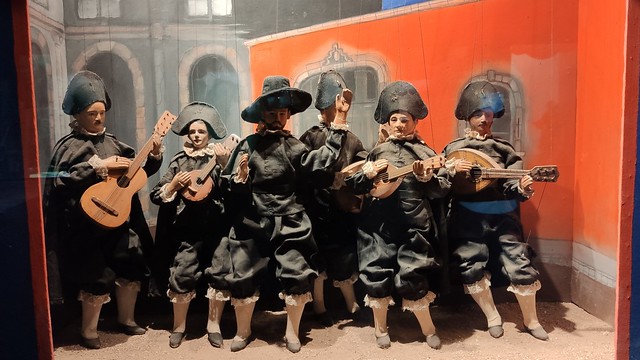 I, as you know, am fascinated by aqueducts and bullrings. Zacatecas has an old aqueduct (upper left) that runs right past the old bull ring (now part of a hotel). 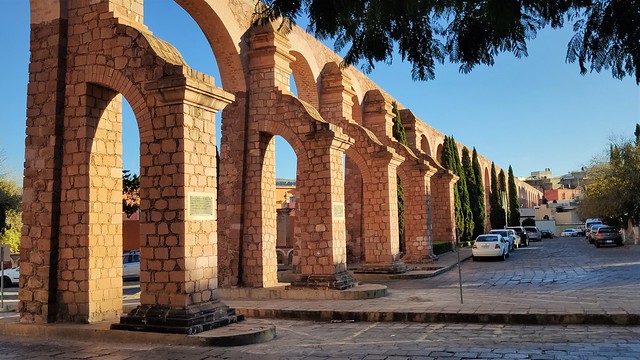 We scored some vegan tacos from a food cart at a Saturday night fair. 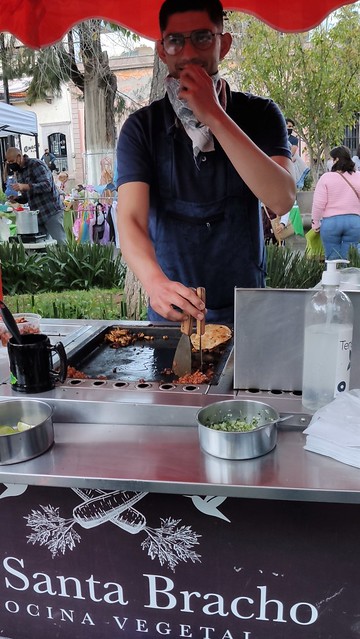 Folks strolling by the Cathedral and Plaza de Armas at night

The Museo Pedro Coronel had a large collection of works by Juan Miro. 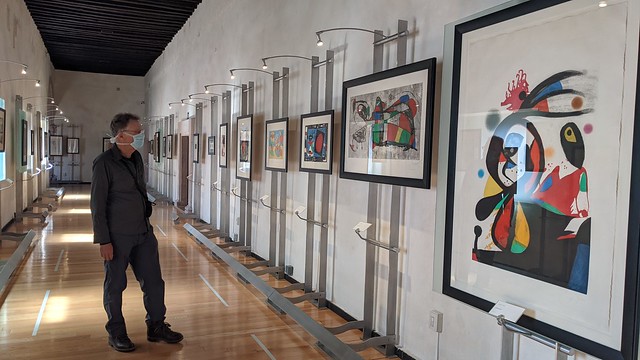 And the highlight of the Manuel Felguérez Museum of Abstract Art was a collection of murals originally commissioned for Expo '70 in Osaka, Japan.

The museum was previously a prison. 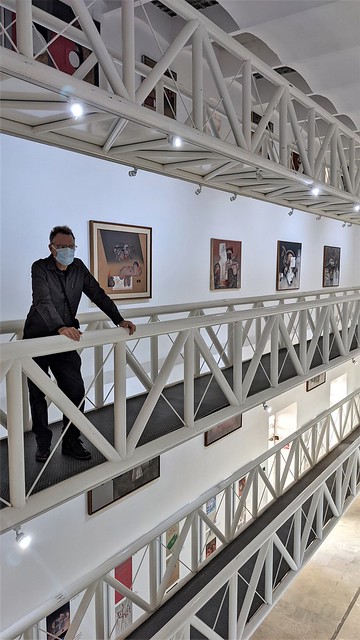 My head is quick to start spinning in a museum of religious art, but the well-signed Museo of Guadalupe - just a short bus ride from Zacatecas - kept my head in place for several hours. 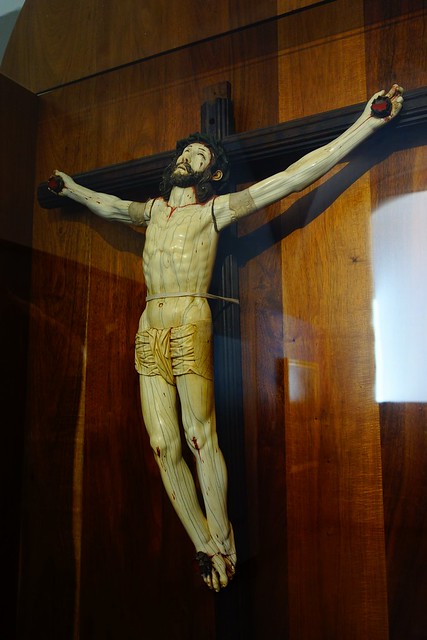 The highlight for me of the museum was stepping into the choir of the adjacent Templo De Nuestra Señora Del Carmen for an amazing view. 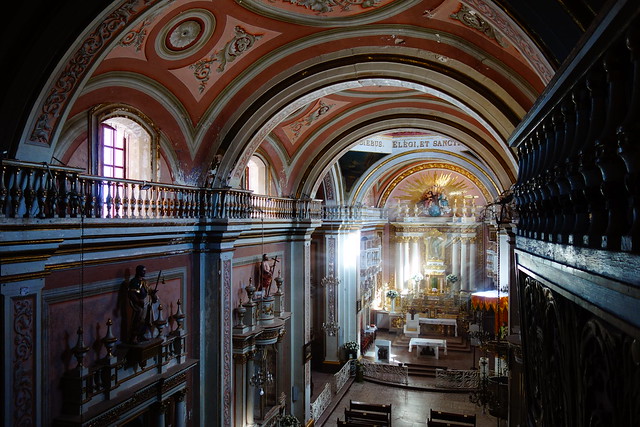 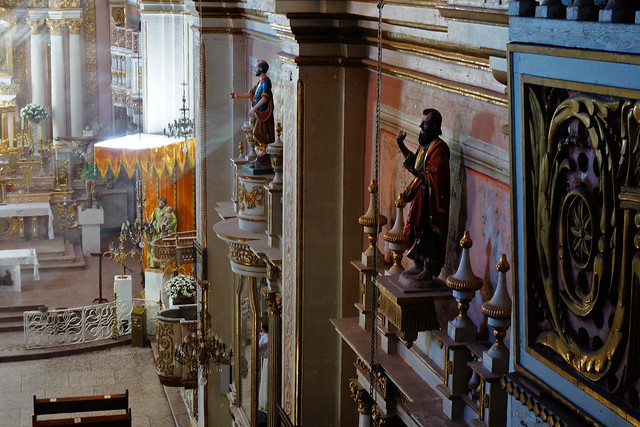 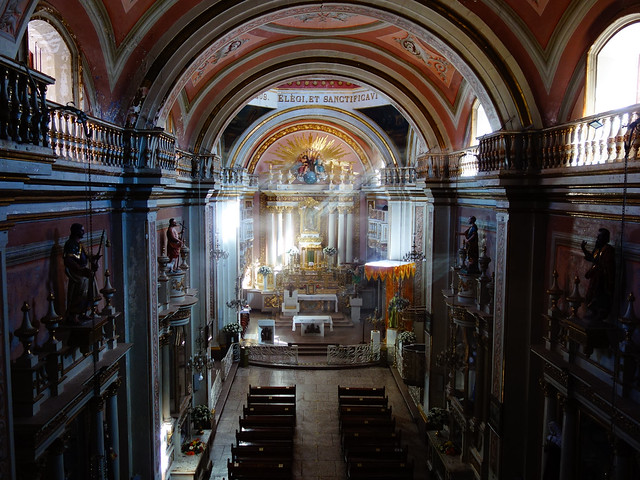 Zacatecas is an old mining town in the hills. Here are some shots around town. 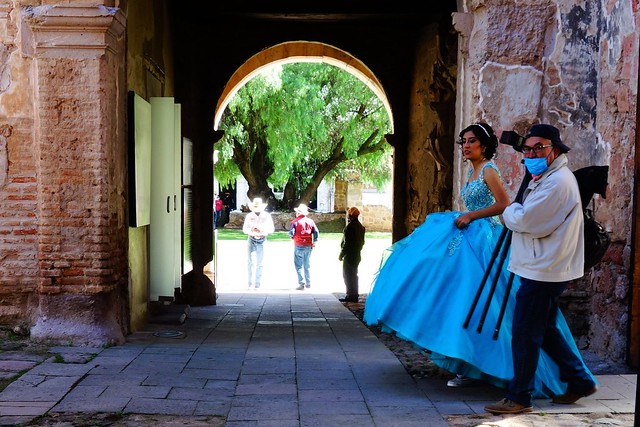 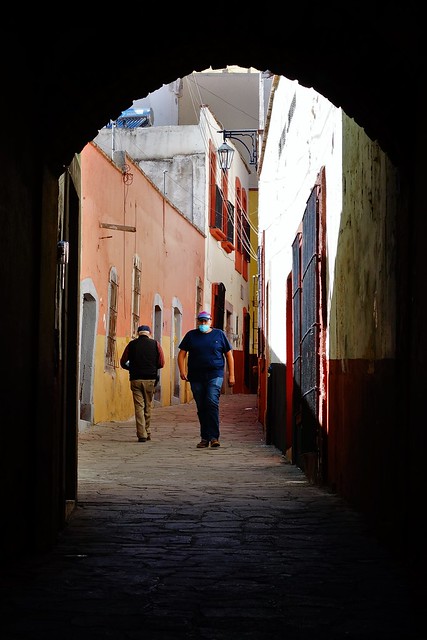 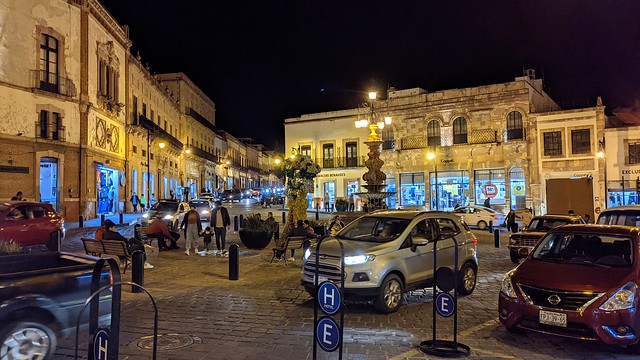 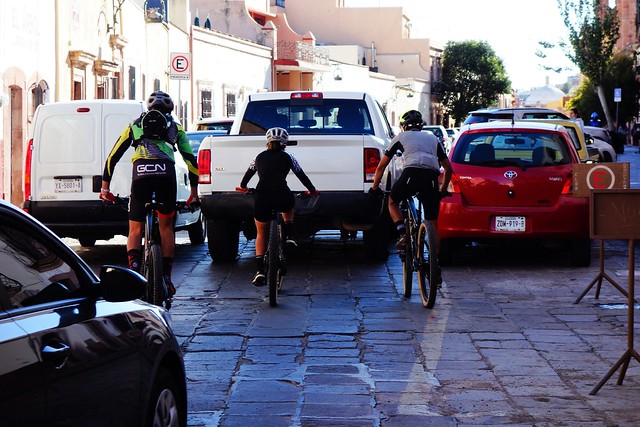 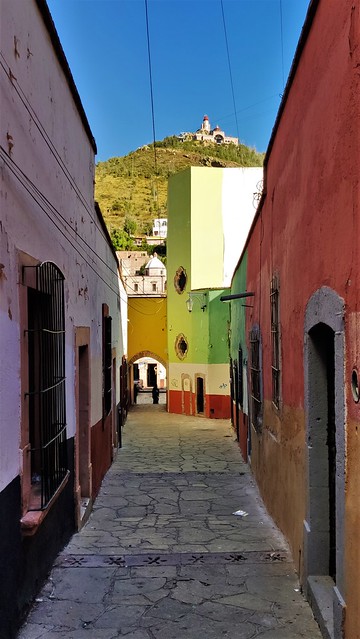 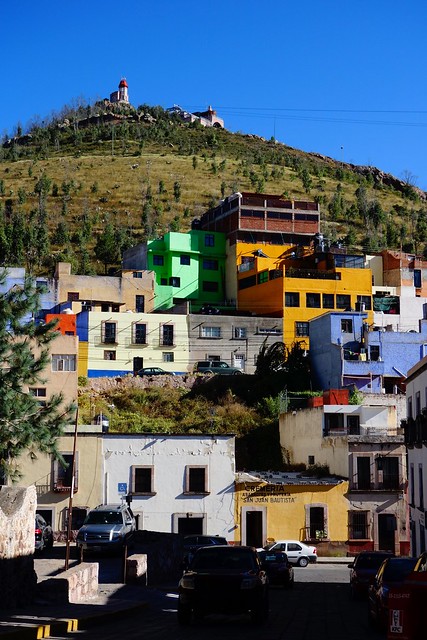 Email ThisBlogThis!Share to TwitterShare to FacebookShare to Pinterest
Labels: mexico