The Murals of Guadalajara

Overshadowed by Diego Rivera and David Siqueiros in Mexico City, Jose Clemente Orozco really shines in Guadalajara.  Between 1936 and 1939, he painted murals at

While all the murals are visually striking, the scale of Padre Hidalgo in the Government Palace was breathtaking.  Painted in 1937, his prescience about the evils of Hitler, Stalin, Franco, Mussolini, etc. was even more impressive.
There were also David Siqueiros' murals in the Octavio Paz Library, and in the Jalisco Preceptory School, Guillermo Chávez Vega in the stairway, and Jorge Navarro in the auditorium.
The People and their False Leaders by  Jose Clemente Orozco - University of Guadalajara Paraninfo 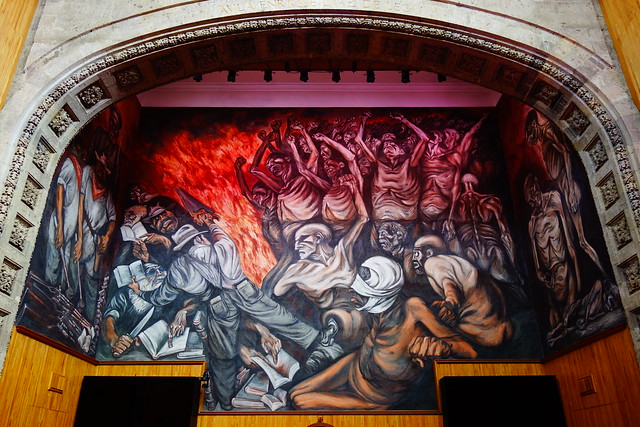 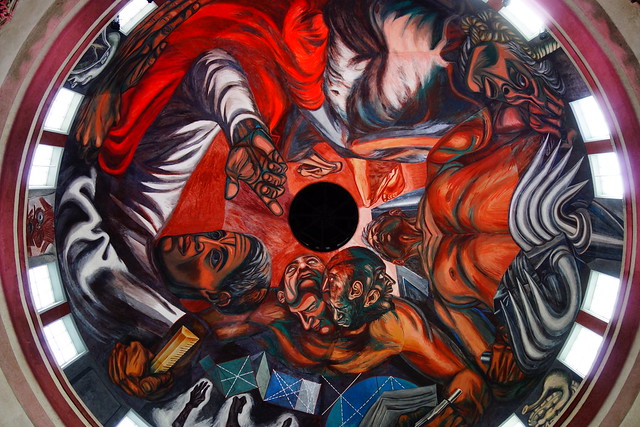 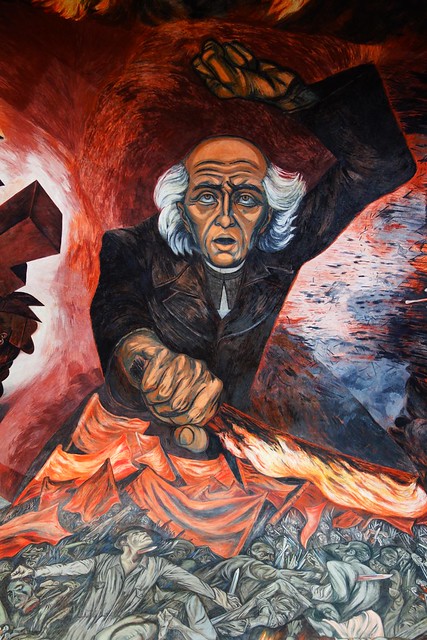 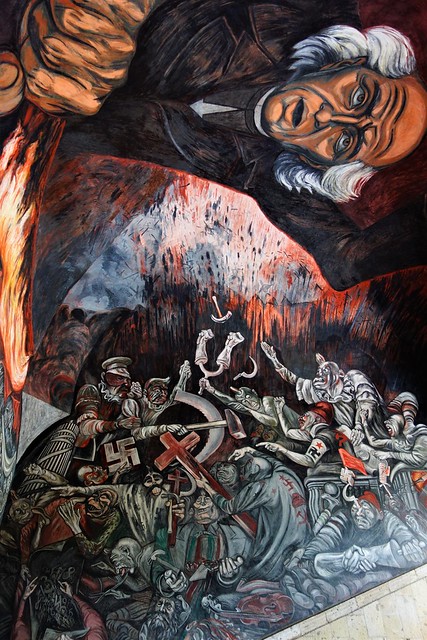 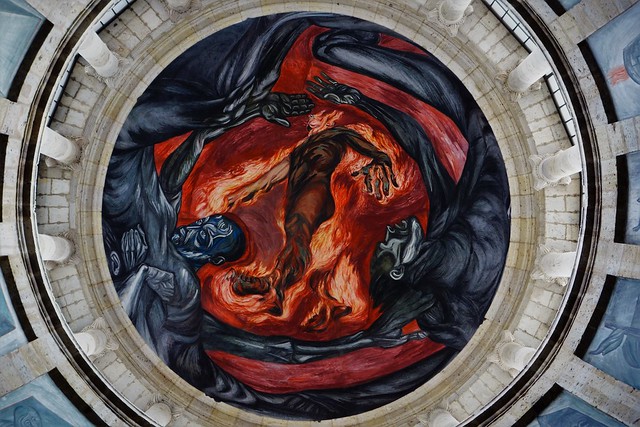 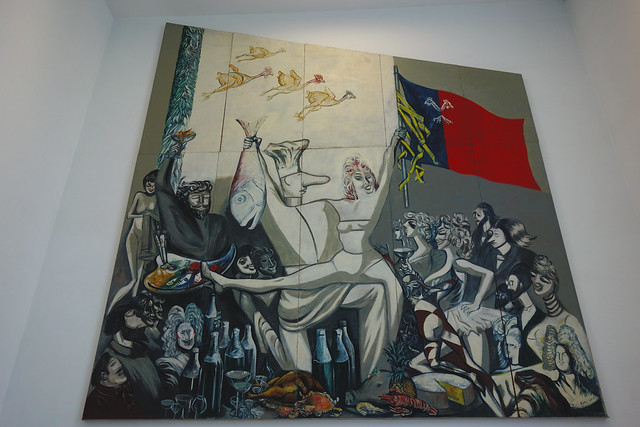 By Guillermo Chávez Vega in the Jalisco Preceptory School stairway

By Jorge Navarro in the Jalisco Preceptory School auditorium

And by David Siqueiros in the Octavio Paz Library 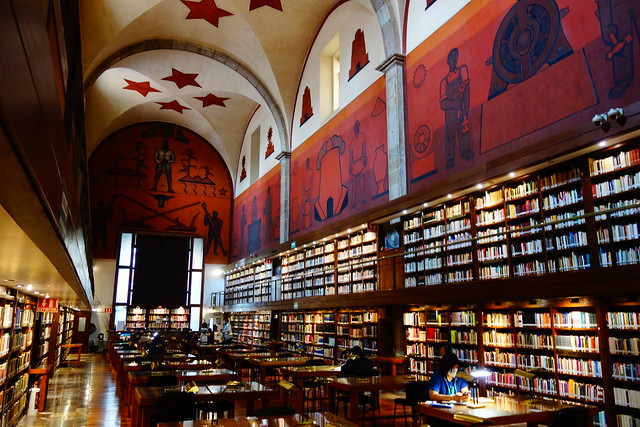 And a few of the numerous outodoor murals around town. 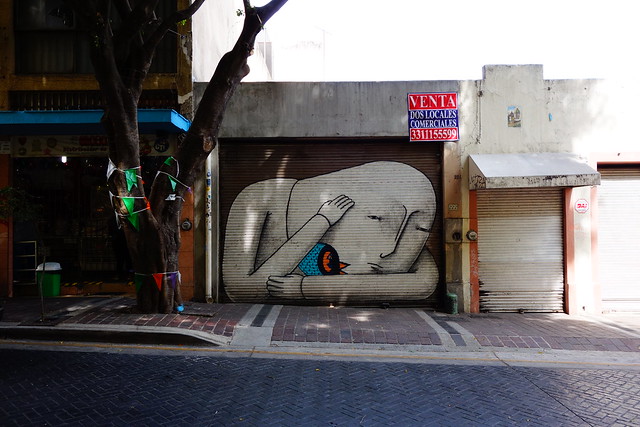 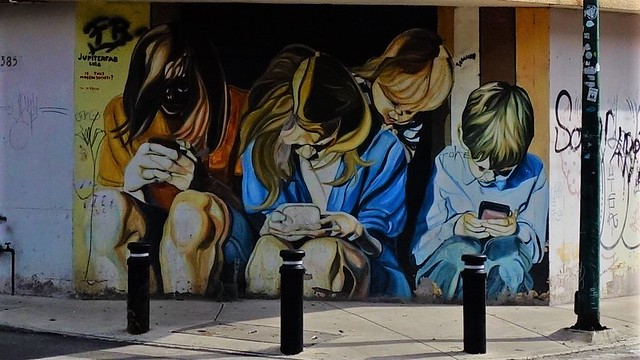 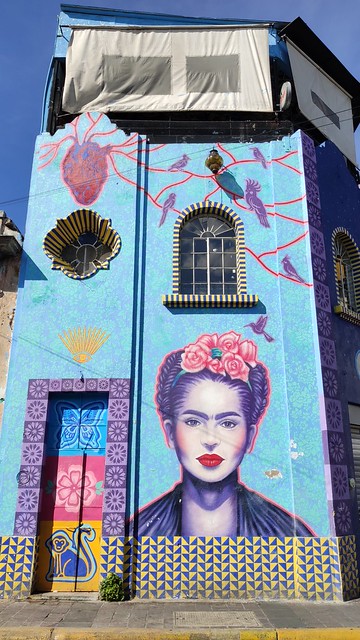 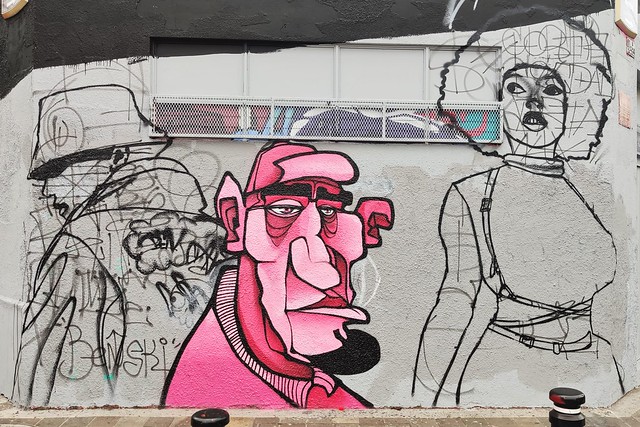